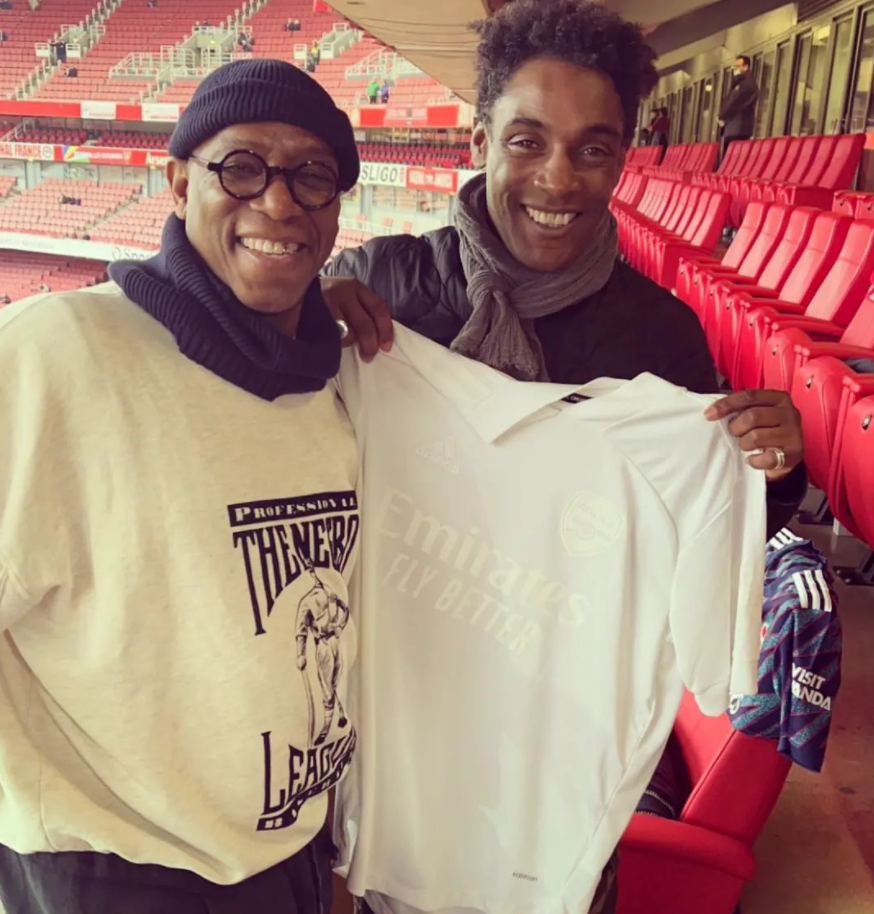 2022 has kicked off to a very promising start for CYP. As you may already know, CYP was recently chosen as one of the charity partners for Arsenal’s ‘No More Red’ campaign; a new initiative run by Arsenal and Adidas aimed to support young people in the community by reducing factors that lead to knife crime.

As part of the campaign, Arsenal replaced their iconic red kit with an all-white kit in a one-time-only event in a match with Nottingham Forest. Luckily for us, the team is graciously donating a shirt to all of their charity partners. Project Director Stephen Griffith and Youth Worker Anthony Ikenwe were at the match to pick up the exclusive all-white shirt and even got a photo with former striker Ian Wright. CYP is very honoured to be a part of this ongoing campaign with our local club. For more information on the fantastic work of the campaign, click here.

Young people have started 2022 with enthusiasm, focus, and aspirations. Most recently, one of our music studio regulars, Rich Rhythm, had not only his track ‘G.N.S’ played on BBC Radio London, but was also interviewed on air. This was such a proud moment for Music Studio Worker Phil Wilkins and Music Volunteer Guy Gormley, who have been supporting and guiding Rich Rhythm at the studio.

At the back end of January, CYP held its very first ‘Games Night’ as a way to bring young people together and celebrate Youth Worker Jen’s birthday. There was baking, a quiz, and fun competitions, and it was a great way to blow away the January blues!