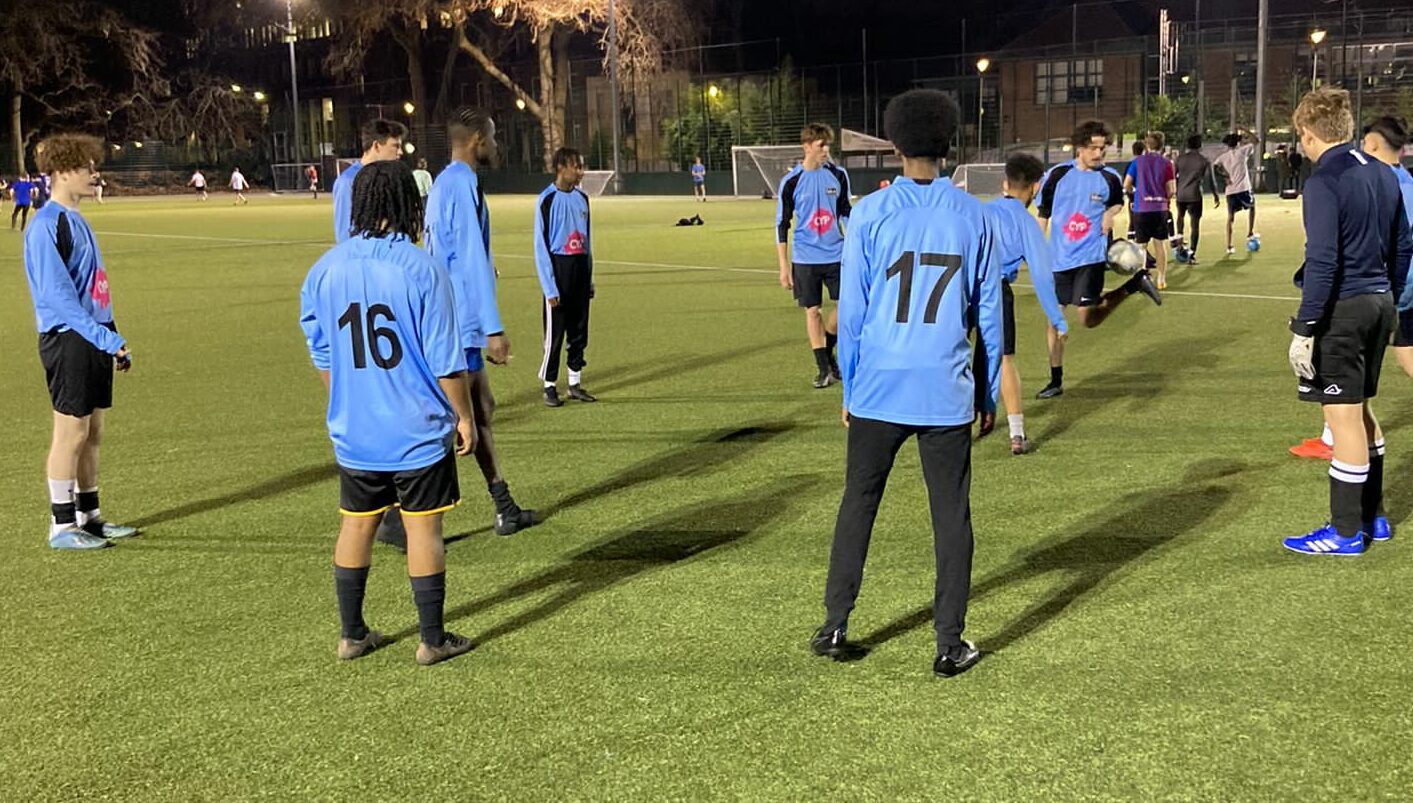 As the Football season draws to an end both the CYP senior team (CYPFC) and CYP u16s have both had productive seasons. CYPFC playing out of the Market Road mid-week league finished in fourth position and are through to the semi finals of the cup so could end the season with some silverware. CYP’s u16’s were runners up in the Coram Field Autumn League and will be collecting their medals next Thursday following the final matches. This league will evolve into a cup competition this November. Both CYPFC and the Under 16’s will be entering into summer leagues in the next few weeks.

Trainee Youth Worker Chelsea Sabine is the latest CYP member to receive the impressive No More Red shirt form the Adidas/Arsenal No More Red Campaign. He received it for his inspirational work and support to the community and CYP. Chelsea became a member of Copenhagen Youth Project aged 10 and alongside his 2 younger brothers quickly engaged in activities with the project. All 3 brothers excelled at Football and were part of CYP’s National Youth Clubs Championship winning teams. Chelsea went on to become a Youth Mentor at 16 and a Youth Volunteer at 18 before joining the CYP Youth Work team as a trainee Youth Worker at 21. At this time Chelsea also worked for Islington Play Association becoming a familiar and positive young community lead to everyone in this community.

Now at 24 Chelsea remains invested in his community he is a full time Youth Worker focusing on outreach whilst running teams within CYP, he is also part of the management team and captain of our senior team CYPFC playing weekly in the Islington Mid-Week League at Market Road.

Next week young people form the youth project will be taking a trip to Rome to take part in the FAKE-LTTA programme. Learning about how to sport fake news and distinguish reliable information. How the media manipulates and uses communication to send messages out to the public. They’ll also be learning about technology and coding. Creating a game/ interactive story with coding basics they have just learnt.

Full reports about Events taking place in May, including the training and consultation around fake news in Italy and dinner with Livery Company the Girdlers, in our next issue.